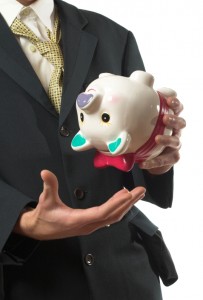 “The insurance industry has a dirty little secret that threatens the retirement plans of millions of unsuspecting families.
“The problem is buried in the fine print of universal life policies…”
John E. Girouard, Forbes.com,“Retirement Disaster Looms for Universal Life Policyholders”

If you are familiar with Partners for Prosperity, Inc., you know that we advocate Whole Life Insurance with PUA (Paid-Up Addition) riders for some of our clients as a good place to store cash, as well as benefit from permanent life insurance. But what about Universal Life? Is that a good place to put your money? And if not, why not?

First of all, let’s look at the history of Universal Life Insurance to understand how it was designed to work, and why it may not work as designed.

UL was more “flexible” than whole life insurance, with variable options and premiums, flexible death benefits, and some types even replacing the steady growth of traditionally-managed cash value accounts with sexier, more aggressive options for the savings component. Variable Universal Life and Indexed Universal Life Policyholders could put their cash value savings in a money market fund, accounts with earnings that trailed various stock, bond, and financial indexes, or even a range of “investments.”

Attempting to be a hybrid between Wall Street’s promise of gains and the insurance world’s actuarial tables and slow but solid profits, UL has done neither well. But it succeeded in spades in the marketing department, giving consumers what they wanted. (At least, at first….)

Instead of guaranteed level premiums, many policyholders like the idea of being able to modify premiums, death benefits, and investment choices according to their needs or wishes. Need to skip or reduce your payment? No problem, the gains of the market will help to make up the difference. Want to take advantage of higher interest rates or market returns? Now you can!

Appealing on the surface, there were other seeming advantages. The cost of insurance (COI) started lower than in a whole life policy and increased over time, appearing more affordable, at least at the onset. (Essentially, the life insurance component of a Universal Life policy was renewable annual term, bringing the same advantages – and disadvantages – of renewable term insurance into the policy.) And those fees and costs that were essentially buried in the internal costs of a whole life policy? They were now displayed for anyone who wished to read the fine print (though not necessarily a bargain on either the insurance or “investment” side of things.)

Rather than annually declared dividends, interest rates are declared monthly by the insurer, and typically have a contractual minimum of 2%, less the deduction for policy costs and fees, which are not guaranteed. (If that sounds like a terrible deal, well, it is, but the shiny potential of higher returns – easily earned when interest rates soared in the 80’s) – made for attractive policy illustrations.)

Indexed Universal Life (also referred to as EIUL, short for Equity-Indexed Universal Life) and Variable Universal Life (VUL) took the promise of higher gains even further. “What if you could earn stock market gains with no downside risk?” was the buzz, but unfortunately for policyowners, it wasn’t the reality. The gains were significantly moderated, and in exchange for the no-loss protection, the policyowners found themselves shouldering the risks.

Fueled by low interest rates, market losses, fine print that protects the companies over policyholders, and premiums that don’t cover actual costs, countless Universal Life policies are imploding or threatening to do so soon. UL policies remain popular, but many who purchased in the 80’s and 90’s are finding themselves in precarious positions. The end of 2012, a Wall Street Journal article lamented, “In the next few years, millions of savers are in for a surprise that could cost them tens of thousands of dollars now—or hundreds of thousands later.”

The reason? In a UL policy, no amount of cash value is guaranteed, and as the renewable term COI increases along with the policyowner’s age, the policies can drain the cash value and then require much larger premiums to remain in force. Sold on the premise that market gains would cover future rising insurance costs, policy owners are waking up to realize the insurance company covered those costs from the cash value they thought was their safety net. Even worse, the draining of their cash value now threatens their death benefit as well.

The WSJ.com article, “Draining Away,” continues, “If interest rates stay low, many policyholders will face the unhappy choice of kicking in more money, accepting a lower death benefit or walking away, possibly sacrificing years of premiums they already paid.” According to Kenneth Himmler of Integrated Asset Management, as much as 70% of the client policies he reviews are not generating sufficient interest to cover costs.

When interest rates change and performance falls short of projections, policies end up under-funded, even after the insurer thought the funding portion was over. In This is Not Your Parents’ Retirement, Patrick Astre shares a story of a grandfather, “Mr. W.,” who purchased a Universal Life policy with the intent of leaving the $135,000 death benefit as a final gift to children and grandchildren. The premiums were $4,065 per year, and he could afford it. And if he lived to a ripe old age (as he did), the projections showed the policy would remain in force, well-funded and making money.

However, on the 20th anniversary of the policy, Mr. W. received notification from the company (a major insurer) that “the next premium payment would be an astounding $14,078 to keep the policy in force for just one more year.” (Subsequent premiums would be that much and more.) With no guaranteed premiums, his UL policy had become a time-bomb with out-of-control costs. Over $80,000 had been put into the policy, and yet, now at age 83 and still in good health, Mr. W. realized he should never have been sold the policy.

In the following video, financial software developer and trainer Todd Langford ofTruthConcepts.com explains the importance of guarantees in a permanent policy, including some key issues with Universal Life, such as the fact that policies do not endow and the key guarantees they lack:

Echoing an observation in the video, if indeed a UL policy is simply a renewable term life policy bundled with a savings or investment account, why do we classify it as “permanent insurance”?

Do you already have a Universal Life Policy? If so, we recommend that you keep yourself regularly apprised of where your policy stands so that you don’t have any unpleasant surprises when you are counting on the cash value or death benefit most. Make sure you review your policy at least every other year with your agent or advisor. Policyholders who are unsure of their current benefits should request an “in-force” illustrations from the company showing the state of the benefits at the current premium, and an illustration showing the cost to keep their current policy in force to age 100.

Depending on age and insurability, universal life policyholders may have some alternatives. Often reducing the death benefit can keep a policy in force at the current premium. And if the policy was purchased after 2008 when rates plummeted, there may be little problem. If you wish for additional insurance as a place to store cash as well as to provide additional death benefit, the policyholder may be able to qualify for purchase a whole life policy if they are still under age 85. (See our article, “Too Old for Life Insurance? The Surprising Truth about Seniors and Life Insurance.”)If the policyholder has a greater need for insurance than they can afford with their current UL or  a new whole life policy, the solution may be to combine permanent whole life with term insurance. When whole life premiums are not doable for the entire desired death benefit amount, adding term yourself is a much more efficient option than purchasing a bundled “permanent” UL policy with few guarantees.