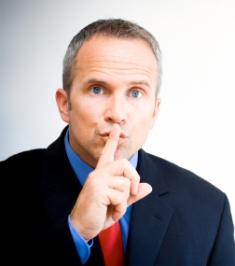 The Banker’s Secret: Life Insurance as an Investment?

“Many banks have more invested in life insurance policies than they do in bank premises, fixed assets and all other real estate assets combined.”
-Denver Nowicz, Equity4Profit

Denver Nowicz was profoundly affected by watching how his family fared from following the traditional advice of financial planning. In spite of savings, investments, and pensions, Denver’s parents and grandmother had to rely on him and even move in with him when their own efforts at financial independence had failed.

Nowicz’s father owned a business, but could never quite keep up with taxes and inflation. When his health took turns for the worst, his savings did not last long. Nowicz’s mother watched her inheritance from her father disappear in the stock market. After her husband’s passing, she moved in with her own mother, who had outlived her own small savings and pension, to pool resources. However, the demands of a home and their own medical care proved too much, and they came to live with Denver until their passing.

The experience spurred Nowicz to examine conventional wisdom. What he discovered was that the banks and other financial institutions don’t follow the advice given to most Americans:

“Banks, when it comes to investing their own money—don’t follow conventional wisdom and put their cash into mutual funds, stocks, hedge funds, term life insurance or risky real estate deals. Instead, they place a large portion of their vital reserves, known as Tier One Capital, into high cash value life insurance or permanent insurance….

What Your Banker and Stock Broker Didn’t Tell You

Why would banks invest in life insurance – namely, cash value life insurance? After all, aren’t the financial institutions doing exactly what Suze Orman and Dave Ramsey warn consumers NOT to do?

As Barry James Dyke explains in an article, “The Case for Investing in Life Insurance,”

“Why do banks look to insurance companies for sound investment? Unlike banks, life insurance companies do not use excessive leverage. If a bank has $1 million on deposit, it can lend out up to $10 million to the public. This leverage is called “fractional reserve lending,” and it can lead to instability. Indeed, excessive leverage is a major reason why banks are failing today and have throughout history.

“However, if a life insurance company has $1 million on deposit, that company may loan no more than $920,000, and usually only a fraction of that. As such, life insurers are 100 percent reserve-based lenders, which makes them stable institutions in down economies.”

Corporate-owned life insurance,  has been practiced for over a century, and not without controversy. In Capitalism: A Love Story,  Michael Moore described “dead peasant policies,” or, the practice of major corporations and banks of purchasing life insurance policies on their employees. By some estimates, Fortune 500 companies and large banks have policies covering approximately 5 million employees.

The topic is covered in expose fashion: how dare those banks make a profit on a loved one’s death – especially if the family didn’t even have life insurance! But perhaps Moore misses the real point of the policies. Rather than being exploitive, the cash value insurance policies are used to fund long term benefits for employees, and even pensions. If Enron had been purchasing whole life policies instead of looking for fast money and cooking the books, history would look differently for Enron’s employees.

New rules and laws make corporate-owned policies illegal in some states, and notice must be provided (or permission obtained) in most other states. However, most employees are not offended that their companies invest in insurance and agree to the policies.

The real lesson buried in the segment of Capitalism: A Love Story is a powerful invitation for action, not of protest, but of participation. The families Moore featured had the same opportunity as the employer. They could have insured their loved ones, not only preparing for the potential loss of income in the event of an untimely death, but saving money that can be utilized or borrowed against in the meantime. The real shame exposed by the film is not that the employer took the opportunity, but that the families neglected to do the same.

The trick to building wealth is to do what the financial institutions and their executives DO,not what they tell investors to do. (We’re speaking historically here, prior to 21st century credit default swap meltdowns… those are strategies nobody should ever follow!)

Of course not! Banks and other financial institutions are investing into “real” assets such as life insurance and, of course, real estate. (Consider how many buildings are named after banks, brokerages, and insurance companies.)

How can you follow the example of banks and profitable institutions? Un-plug yourself from how we’ve been programmed to act and invest. Re-examine your assumptions. Find out how wealth is really built and sustained. Divest yourself of conflicts of interest and recommendations from an industry that benefits when we do what they say, not what they do.