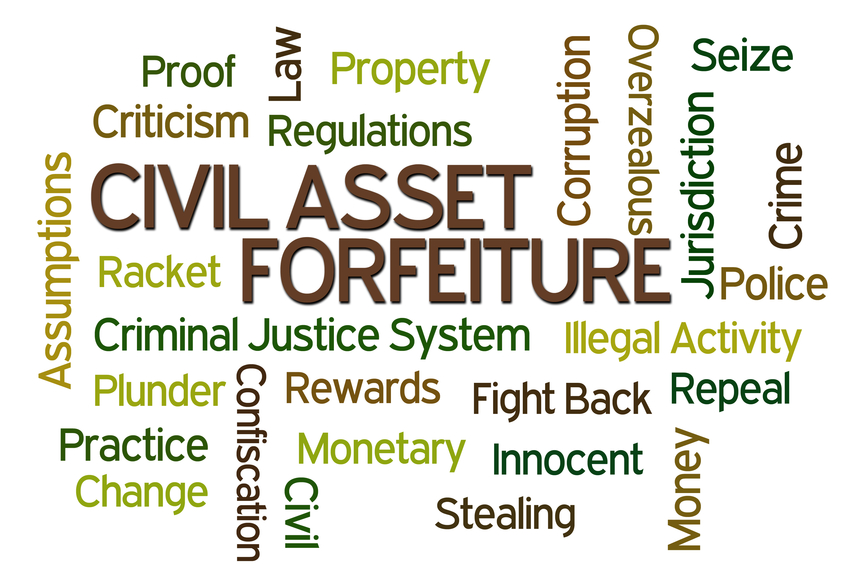 How Civil Forfeiture is used to Confiscate Bank Accounts

“Banking is a very treacherous business because you don’t realize it is risky until it is too late. It is like calm waters that deliver huge storms.”   — Nassim Nicholas Taleb

Your bank claims to keep your money safe from fraud, theft and harm… but what happens when the criminals are government authorities who can tell banks to freeze or even seize accounts?

That is precisely what Civil Asset Forfeiture Laws allow law enforcement and the IRS to do. Shockingly, money and assets can be takenwithout convicting or even charging the owner of the money with a crime. Indeed, the reason these “civil” asset forfeitures have become so prevalent is that the burden of proof is much lower with civil cases rather than criminal cases. Additionally, those doing the taking usually benefit from the confiscations.

In today’s article, we follow a case that was first mentioned in our article, “Is it Safe to Save in the USA?”  to its surprising conclusion.

Jeff, Mitch and Rich Hirsch have run Bi-County Distributors out of Long Island, New York for over 27 years. They supply candy and snacks for convenience stores in the area. Since most of their customers operate on a cash-only basis, frequent large cash deposits are unavoidable.

Their nightmare began when one of the brothers went to the bank in 2012 to make such a deposit, only to find out that their account was frozen. The IRS had seized nearly $447,000.

Had the Hirsch brothers committed a crime? No. Were they engaging in tax fraud? No. Had they been charged with a crime? Nope. So why did the IRS seize and drain their account? 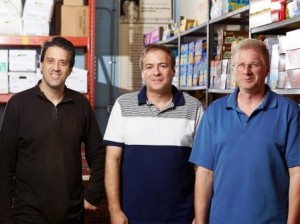 “The Hirsch Brother of Long Island.
(Photo courtesy: The Institute of Justice)”

“Using a law designed to catch drug traffickers, racketeers and terrorists by tracking their cash, the government has gone after run-of-the-mill business owners and wage earners without so much as an allegation that they have committed serious crimes. The government can take the money without ever filing a criminal complaint, and the owners are left to prove they are innocent. Many give up.”

As required by the Bank Secrecy Act of 1970, banks and other financial institutions must report cash deposits of over $10,000. The Hirsches had experienced the closure of three accounts due to the paperwork burden of their frequent large cash deposits. Their accountant advised them to keep the deposits under $10,000, which they did for more than a decade.

Unfortunately, cash deposits of under $10,000 can be flagged by the IRS as ‘restructuring’ (or ‘smurfing’), an attempt to avoid bank reports on the deposits. When a detective noticed their frequent cash deposits, this was used as the excuse to seize the Hirsch Brothers’ account.

The Hirsch brothers have never been charged with a crime. However, they were offered a settlement twice, which would have meant giving up an excessive amount of their money. As Jeff Hirsch says, “We weren’t going to take a settlement because I was not guilty.”

The brothers even hired – at their own significant expense – an independent forensic accountant to meticulously review their books. Ironically, the accountant discovered Hirsches had slightly overpaid their federal taxes. But proof of their innocence did not cause their money to be returned, especially as they were not even allowed to present their case in a court of law. 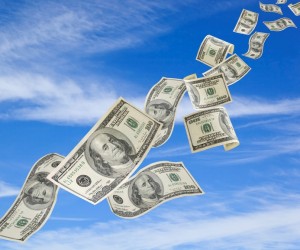 Civil asset forfeiture isn’t limited to bank accounts, nor is it limited to the IRS. Local and state law enforcement have their own forfeiture machinery, and often they collaborate with federal authorities, including the DEA, FBI and IRS. Cash, cars, boats, and houses are seized every year from many thousands of citizens, often without proof of or even a formal accusation of wrongdoing.

The 80% rule. In cases requiring the cooperation of local law enforcement, the “Equitable Sharing” program provided for in the passage of the Comprehensive Crime Control Act of 1984 allows local agencies to retain up to 80% of the proceeds from such confiscations. And, according to a study done by former Congressman Henry Hyde and the Cato Institute, an estimated 80% of those who have their assets seized are never charged with a crime of any kind.

But guilt is not the point, apparently. As comedian-with-a-cause John Oliver’s expose on asset forfeiture points out, the money shaken from the pockets of innocent Americans translates into increased spending for law enforcement agencies. Confessed one sheepishly honest officer, as captured on a police review board video, “We usually base it on something that would be nice to have that we can’t get in the budget… It’s kind of like pennies from heaven, that get you a toy that you need.”

The most common purchases are weapons and vehicles, such as grenades, rifles, armored vehicles, and, occasionally, luxury cars. Often the purchases assist with law enforcement, sometimes they are unrelated. Confiscated assets have been used to pay for:

In some cities, civil forfeiture has turned into a well-oiled profiteering machine. According to data collected by the Institute for Justice, between 2002 and 2012, the Philadelphia District Attorney’s Office seized over 3,000 vehicles, nearly 1,200 homes and other real estate properties and a whopping $44 million in cash.

If those numbers seem shocking, Philadelphia’s District Attorney, R. Seth Williams, put them in startling perspective in a March 1, 2015 op-ed in Philly.com, noting that asset forfeiture “is used far more extensively by the feds than by local officials. In 2012, the last year I’ve seen figures for, the Justice Department seized almost $9 billion worth of property in civil, noncriminal proceedings. That’s nine billion, with a B – or about 1,800 times more than the value of all the property seized that year in Philadelphia.”

Nine billion is a LOT of cash and property – especially if those being deprived of it do not have to be convicted of crimes in order to lose it.

In the twisted logic of civil forfeitures, rather than “innocent until proven guilty,” the money or asset itself is seen as the guilty party, and its former owner must prove that it was not used – or intended to be used – in a crime. As the burden of proof is on them and there is no provision for a public defender (because there is rarely a formal accusation of a crime), it is impractical to fight most civil forfeitures.

In  early 2015, the Hirsch brothers’ case was finally resolved, in a rather eyebrow-raising manner.

The good news: they got their money back.

The bad news: they cannot seek reimbursement for tens of thousands in legal fees and other costs. The feds who seized the nearly $447k from their business bank account were cleared of all wrongdoing and liability. (The Hirsches, oddly enough, were not cleared of any potential crimes, to do so would have been an admittance that they were unjustly targeted.)

The bizarre news is the reason WHY the money was suddenly released back to them after their nearly three-year battle. It turns out that Loretta Lynch, our new U.S. Attorney General, headed up the office that oversaw the Hirsch case from 2012 until 2015. For over two-and-a-half years, Lynch’s office did all it could to block the return of the Hirsches’ funds. Then the brothers took their story to the press.

Shortly afterwards, Lynch was nominated for the position of Attorney General. And as Lynch’s confirmation hearing neared, it because apparent that the negative press the case was attracting could be embarrassing and problematic for her.

Exactly one week before Lynch was to go before a congressional committee to confirm her nomination, the funds were returned. The office of the federal attorney for the Eastern District of New York drew up the settlement, releasing the Hirsch brothers’ money on the condition that the office was released of all liability.

According to Robert Everett Johnson, one of the attorneys that represented the Hirsch brothers in their battle to reclaim their money, Lynch’s office had ignored the Civil Asset Forfeiture Reform Act and instead asserted a right to hold property for up to five years without giving the owners a hearing before a judge. “The result is a practice that looks a lot like extortion. Rather than prove their case to a judge, prosecutors from Lynch’s office demanded that the brothers sign over a hefty portion of their bank account to the government in order to get back the remainder.”

Only a few days before the settlement was reached, Eric Holder, the then-current U.S. Attorney General, announced changes were being made to limit civil asset forfeiture, restricting the ease with which local governments could seize private assets. Many were thrilled that Holder seemed to be effectively ending forfeiture abuses.

But perhaps the celebration was premature. The Institute for Justice, a law firm which has led the fight against civil forfeiture, noted that the new policy would stop the process of “adoption,” in which state and local officials use federal law to seize property without charging owners with a crime, but it leaves significant loopholes.

State and local law enforcement can still partner with federal agents to claim forfeiture proceeds through joint task forces and joint investigations. Additionally, the federal government can still pursue its own civil forfeiture actions. And according to the Institute, “The policy does not change state forfeiture laws, many of which burden property owners and permit policing for profit.”

We hope that significant changes are on the way, but there is much evidence to suggest that civil forfeiture will continue, just with a few additional restrictions. The Wall Street Journal, notes the Attorney General’s track record demonstrates she is “an enthusiastic grabber of private assets,” having used civil asset forfeiture in more than 120 cases to take in $113 million for federal and local coffers.

The Institute for Justice notes that the IRS has not been consistent about following its own changes in rules designed to protect innocent civilians from abuses. Just ask Lyndon McLelland, a North Carolina convenience store owner who spent 13 years building up a bank account of $107k and lost it all “in 13 seconds” when it was seized by the IRS. The business was also targeted under suspicion of “structuring,” yet no evidence of wrong-doing has been presented.

Earlier this year, the store owner’s attorney was told by a federal prosecutor, “Your client needs to resolve this or litigate it. But publicity about it doesn’t help. It just ratchets up feelings in the agency. My offer is to return 50% of the money. The offer is good until March 30th.”

Trust In God, but Lock Your Door… and Save Somewhere Else!

As disturbing as these stories are, perhaps there are lessons that can be learned. Surely the first is, “watch where you put your cash!” Fortunately, there are safer places to save than a bank.

Two of the many reasons we recommend high cash value whole life policies are SAFETY and PRIVACY.

If you want to find out more about high cash value policies, contact Infinite Wealth Consultants today.  We have been leaders in alternative investments and experts in high cash value insurance for more than a decade.